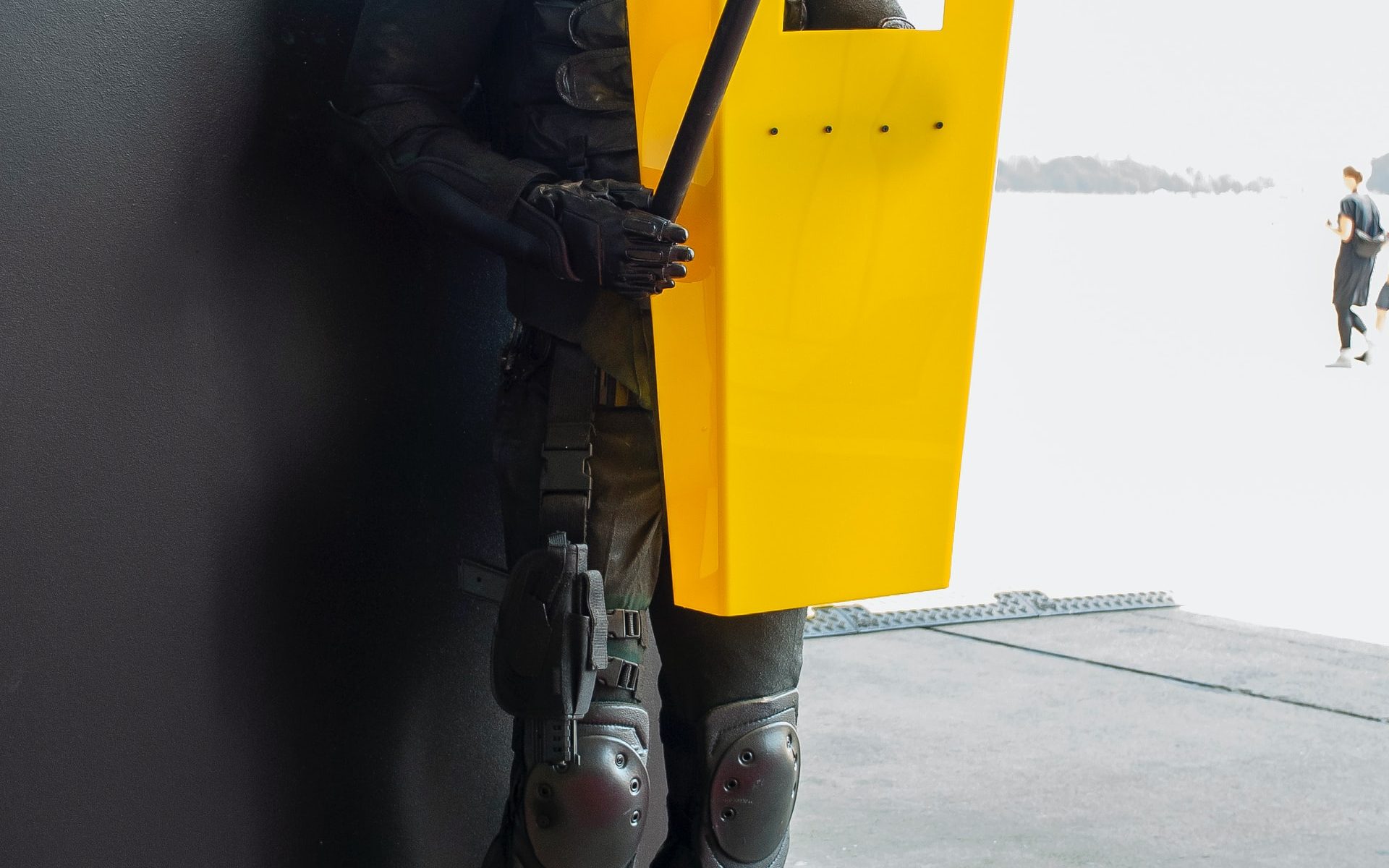 It should be over at last. Votes, meetings, elections. Everything was done, the senators had discussed things and always came to a conclusion. And the result was that the days of Dumno Dvala Scurra as Praetor of the Lokubami people were numbered. The last time the mood had turned against him was when the armada of unknown warships had emerged that had sealed off the Sol system from the outside world. For a long time it had been assumed that these ships had been sent at the behest of the prepositus of the Usovai’i and that the prepositus and Scurra made common cause to bring both areas under control. There were still people protecting Scurra and saying it had nothing to do with it, but that seemed too incredible. Indeed, most of Scurra’s supporters were adamant that these warships would bring salvation. Heracle S. Nevikobros, a failed actor, had taken the lead in a quasi-religious movement and fueled such conspiracy myths. He spat poison and bile at everyone who disagreed with him, adding to the negative mood on Lokubami.

But now a delegation of MPs was on their way to Scurra’s office. They should tell him the result. But they had a fear, for Iteriú Rangitara had returned from her mission and had confirmed that the foreign warships were in contact with militias loyal to Scurra. Still, none of the senators wanted to believe that Scurra would really attempt a coup. If they brought him the news of his disempowerment, they believed, he would be furious and say nasty things, but that’s about it. They thought he was a whisk. He would make a lot of fuss and then pull away like he always did. They had no idea how wrong they were.

They entered the office. Dumno Dvala Scurra sat at his desk, surrounded by computer screens. He looked up.
“Master Speaker of the House,” said Scurra, almost delighted. “Then I assume that we will finally have a result.”
“Prepositus Scurra,” said Sylvanya, the appointed Speaker of the House of Senators, “I must inform you that, according to the will of the House and the people, you no longer hold this office. It is the will that Adjungit Inkibus will replace you . “
“I see,” said Scurra. “So it’s treason.”
“The procedure followed the rules,” said Sylvanya. “Contrary to your constant allegations of manipulation and corruption, not a single piece of evidence has been found. The government will …”
“I AM THE GOVERNMENT!” Scurra yelled.
Then something happened, the extent of which none of those present could initially grasp. Scurra picked up a data stick, a memory bank that was used every day. He slipped it into a slot on his desk. A question mark appeared on one of the screens. Scurra’s gaze darkened.
“Execute Order 88.”

The USS BOURGOGNE was in orbit around Uranus. Captain Haddock was sitting in his chair on the bridge, looking through various messages on a data pad. It finally seemed to be over. The reports that came from Lokubami were cautiously positive. The process of forming a government and how the area’s head of state was appointed were also too complicated. On the other hand, of course, he knew it was on purpose. It was about the fact that in Lokubami a power-hungry elite had secured their benefices for decades and centuries. This worked best with a system that was as complicated as possible. In fact, democratic factions had always managed to outmaneuver the system and create a moment of truthfulness. Just like at this moment, or so it seemed. So now the MPs would go to Scurra and …
Commander Pellton came running to the bridge.
“Captain!” He exclaimed excitedly. “Scurra – he speaks to the people!”
“About time,” said Haddock. “Time to end this unworthy spectacle and finally turn to the right problems …”
“No, Captain, he’s calling for an uprising!”
“WHAT?”
Pellton turned to the communications officer. “Put on the channel of the Lokubami government! Quick!”

The communications officer turned to his desk and hit a few buttons. The large main umbrella of the bridge came on and the portrait of Dumno Dvala Scurra appeared.
“I’ll say it again,” they heard him speak, “Go to the seat of government! Don’t let yourself be stopped! I’m always with you, I’m your supporter! Now you have to support me so that this country can be transformed … to FIRST SOLAR EMPIRE! My new empire will be the greatest empire we have ever seen here and it will be a great empire. The worlds will look up again to the Lokubami, as it should be. Because we are the regents of the solar system! “
“That … he didn’t say,” Haddock stuttered.
“Yes, sir, he did,” Pellton contradicted.
“HIS new empire? Who does he think he is? The space emperor?”
“Sir!”, The communications officer interrupted, “I get reports that a mob is making its way to the seat of government in Lokubami. The barriers and protection forces are being overrun.”
The officer pressed a few buttons again. The picture on the screen changed. You saw an outside view of the government building and people approaching it. People started breaking windows and kicking doors.
“Sir, I’m hearing a speech from Kalgon of Arcadis on another channel,” said the communications officer. “He calls for a revolution and demands unconditional submission to Scurra’s new empire.”
“Sir, Lieutenant Allaire is down there!” Said Commder Pellton.
“I beg your pardon?”
“Captain, as you remember, after what had happened over the past few days, there should be observers down there. Neutral observers. Lieutenant Connie Allaire was chosen by us.”
“Wait a minute – and where is she exactly?”
“She is with the delegation that was tasked with informing Scurra of the outcome of the discussions.”
Haddock jumped up from his seat. “You’re telling me that Lieutenant Allaire is down there at the center of the riot?”
“That’s what it looks like.”
“What can we do?”
“Not much, sir. We can only intervene if there is an official request. From the Lokubami government. And that government, whether we like it or not, is still headed by Scurra at the moment.”
“He’s never going to call on anyone!” Said Haddock. “He wanted exactly what was happening!”
The captain turned to the communications officer. “See if you can contact Lieutenant Allaire!”
The officer turned to his desk. He made a few adjustments, then spoke into a microphone: “Lieutenant Allaire, this is BOURGOGNE. Do you hear me?”
It took a few seconds, then the officer’s face brightened. “I have her!”
“On the speakers!” Ordered Captain Haddock. Then he said into the room: “Here is the captain! How are you, Lieutenant?”
“I’m fine. What’s wrong?” Allaire said over the radio.
“Haven’t you noticed anything yet?”
“Praetor Scurra activated a memory bank and played a recorded speech. Then he retired to the private chambers and has since refused any contact. Why? What is happening now?”
“Planned!” Scolded Haddock. “That hellhound planned it all!”
“Of course he did,” Pellton agreed. “Since the moment he realized that he would no longer hold his office.”

“Captain,” said Allaire suddenly, “strange noises can be heard here. What is happening?”
“Now listen carefully to me!” Said Haddock urgently. “You have to get yourself and the others to safety! The speech that Scurra played there had its full effect. Right now an armed mob is invading the seat of government. We cannot say what else will happen.”
“I see,” said Allaire. “Is there anything you can do to help us?”
“I would love to. But according to the regulations, it is still an ‘internal matter’ at the moment. We must not intervene if we are not requested.”
“Scurra will never make a requirement,” Allaire said. “I’ll ask the spokeswoman for the house if she can achieve anything. One more question, Captain, you say the mob is invading here? What about the security service?”
“It was overrun or, as far as I’ve seen it, hardly offered any resistance.”
“I see. I will now go to safety. If there is something like safety here in the building.”
“Take care of yourself, Lieutenant!”
“Yes sir! Allair out!”