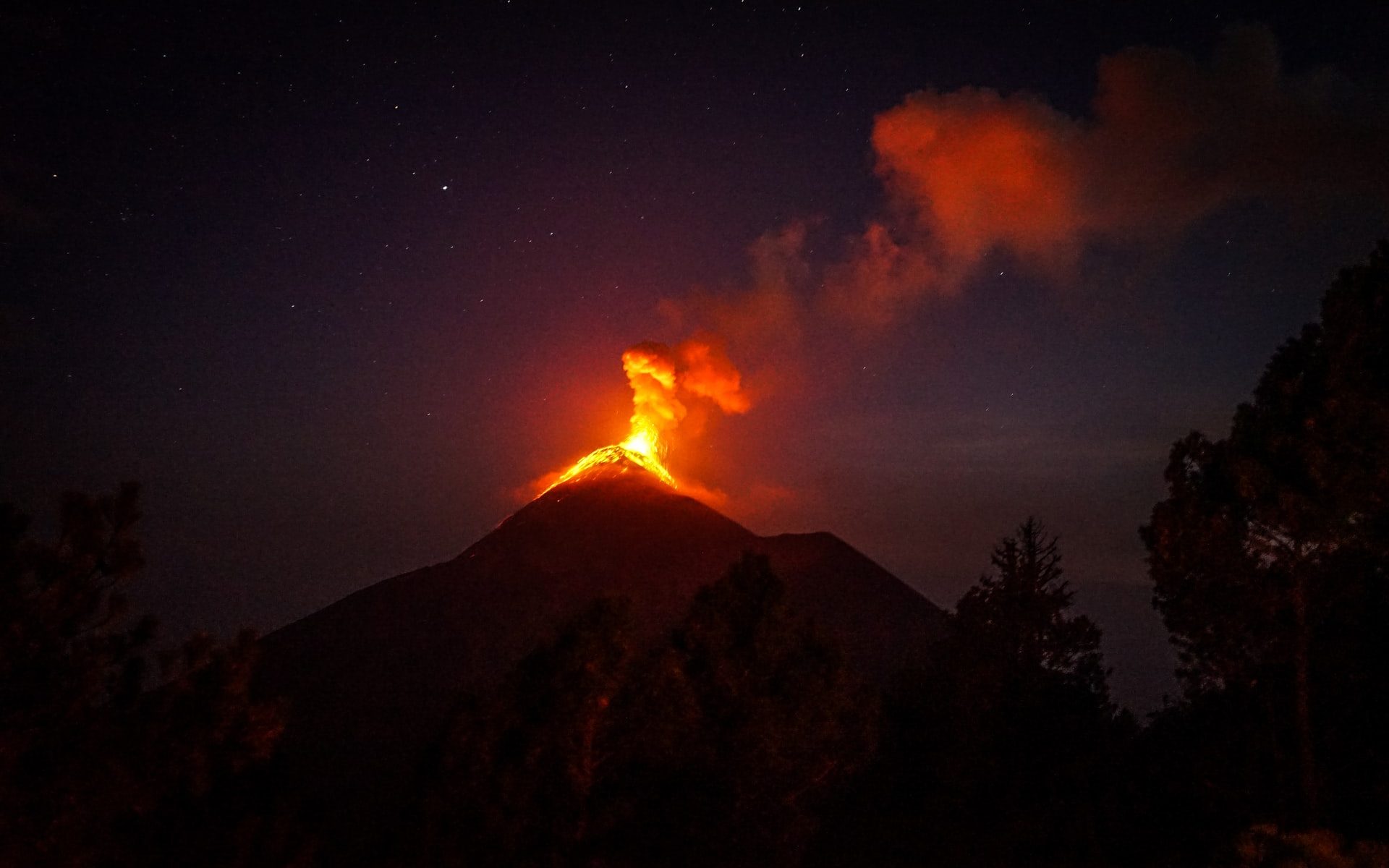 They were called the volcano men. An entire tribe that lived on the vast expanses of Mercury, the planet closest to the sun. Due to the proximity to the sun, it was extremely warm there. As if that weren’t enough, there were also vast volcanic landscapes. This tribe of volcano men lived in the volcanic landscape called Dolorem Whenua. They lived in adoration of the great volcano, which they considered to be their ancestor. It was no wonder, because the volcano men’s skin was crusty and wrinkled and the hue of lava that had just come to a standstill. A hue that is difficult to describe, somewhere between brown and black.
That they were the descendants of the volcano was, of course, deeply superstitious.

The skin of these beings was not so strange because they were descendants of the volcano, but because they lived so close to the sun. They were adapted for that. Other visitors to the planet have always struggled with the heat. They didn’t. And the heat was particularly bad in the Dolorem Whenua area. The big volcano was actually always active. But something was different, and had been for some time. Now there was something else. The oldest of the volcano men had noticed it first. Then everyone noticed. And they knew that all of this was a great danger. But instead of reacting irrationally, the behavior of these beings was very prudent. If someone had been able to observe it from the outside, it would have been a welcome change from the chaos that was sweeping through the solar system. The effects of this prudence were noticed on the BOURGOGNE when it received a message.
It was an image transmission. One saw one of the volcano men who was severely marked by a strange disease. He said the following words: “This is a message to the peoples of the solar system and a warning! We had a visit from a stranger who brought a disease. The disease that is spreading among our people is wiping out one by one. I am the last of my kind and was designed to carry the message outwards. Because the stranger has left again and as we heard there are others who are infected. This disease is dangerous and you have to arm yourself! That’s why we are under stayed with us in order not to spread this virus unnecessarily. We can no longer be helped. But you can help yourself! This is a message to the peoples of the solar system from the volcano men. We bid you goodbye! “
You could see how the man barely had the strength to turn off the transmission. But he did it. On the bridge of the BOURGOGNE, Commander Pellton and Doctor Bonnard had seen the message. Both were shocked.
“What do you do with it, Doctor?” Asked Pellton.
“Hmm,” Bonnard muttered. “The changes in the skin … the other symptoms I could see … I don’t know if I’m leaning a little far out the window, but this looks like a mutation in the virus that somehow escaped from Earth . “
“I need that a little more precisely,” insisted Pellton. “Just imagine: They could have gone to the next village and spread the disease on Mercury. But they decided to protect the others and not to do that. Even if that meant that their whole tribe would die would.”
Pellton shook his head. “They made the ultimate sacrifice. We must honor that. What can we do, Doctor?”
“We’d have to go there,” Bonnard replied, “and visit the volcano men’s village with a special team. Take samples. And then see if we can isolate the virus.”
“I’ll talk to the captain. But I think we’ll do just that. In the meantime …”
“Commander!” Pellton was interrupted. The call came from an officer at the navigation console.
“What is it?” Asked the commander.
“We have just received another message from Mercury. An emergency team has gone to the village. According to reports, they are on their way without infection control.”
“WHAT?” Bonnard got loud. “How can that be?”
“I’m only reproducing what I hear here! The team left spontaneously and didn’t discuss anything with anyone.”
“Set a course for Mercury,” Pellton ordered. “I think my conversation with Captain Haddock will be rather short. Prepare everything so that we can fly off immediately as soon as the captain is okay with me. Let’s hope that we can get there in time.”
“Your word in the ears of the Flying Spaghetti Monster,” said Bonnard.