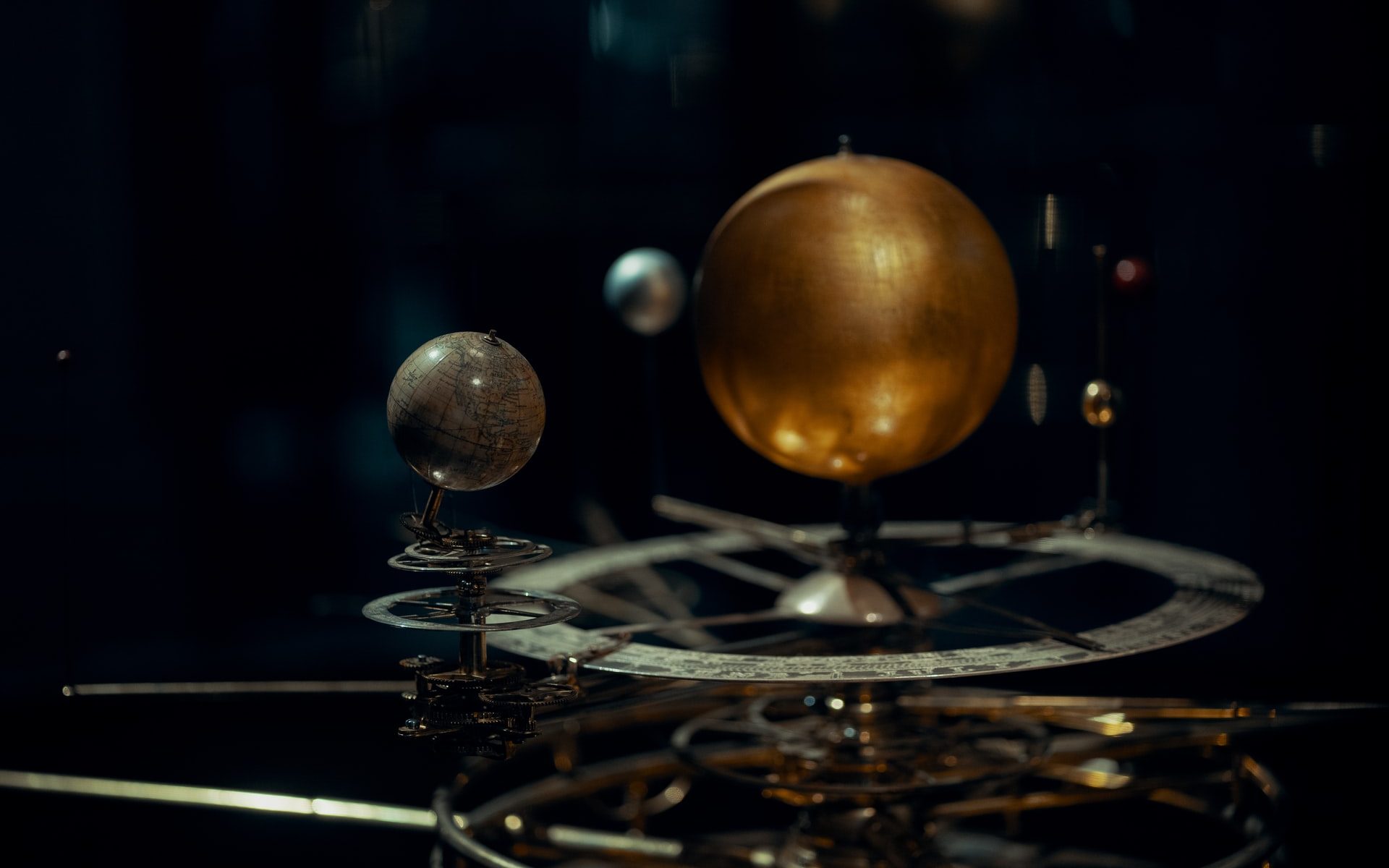 The ATLANTIS base conference room was hectic. Messages were passed on as they came in.
“The BOURGOGNE reports, second squadron of enemy spaceships destroyed, a third is on the way to Uranus!”
“The HEART OF GLASS destroyed another squadron.”
“The radar has lost contact with the alien space station.”
At the last report, Admiral McCloud pricked up his ears. He crossed the room to one of the tables. It was Commander Gibeur herself who was in charge here.
“What was that?” Asked McCloud. “Enlighten me.”

Gibeur called up an image on a small pad that showed a section of the solar system. In the middle of the picture was the planet Uranus and two markings: “BOURGOGNE” and “FREEDOM BALLOON”.
“We have received a message from BOURGOGNE”, explained Gibeur. “During the fighting, a huge space station suddenly appeared, here.”
Another point appeared in the picture. The point moved out of the shadow of the planet.
“How can such a huge thing come to this planet unnoticed?” Asked McCloud.
“We don’t know, sir,” admitted Gibeur. “We did not receive any radar echo before either. Perhaps the surface of this station consists of something that camouflages it. In any case, the FREEDOM BALLOON shot at the alien space station, whereupon it withdrew. See, here!”
The screen showed how the point of the alien space station was moving faster and faster from Uranus. The course was away from the planet’s orbit towards the edge of the solar system when suddenly the point disappeared.
“What has happened there?”
“We don’t know, sir! The station may have made itself invisible to the radar again. We also have no further sightings of the station. It seems to be something like a command ship. It seems to be identical to a station, that Grand Admiral Prawn was looking for. “
“Prawn,” McCloud growled. “Could it be that he was on the space station?”
“Possibly. We don’t exactly know. But it would look like him and his HIGH HAND.”
The HIGH HAND! Yes, in fact, fueling a conflict is exactly what the HIGH HAND would do. An internal war in the solar system. At the end of the conflict, someone will be the leader. Scurra thought it was him. He would be the space emperor. But the mysterious leader of the HIGH HAND, Prawn’s Commander, wanted this title for himself. And he wouldn’t share, not even with Scurra.

“Sir!” Someone called at that moment. “Message from Jupiter: the alien forces are withdrawing!”
“The same from Mercury!”
More and more identical messages came in. It was always about the attackers withdrawing. But the radar revealed that they were not gone. They withdrew to the edge of the system. The blockade would then remain.
Commander Gibeur activated the large main screen again and looked at the map of the solar system. “For now it looks like we’ve won,” she said. “But something is wrong.”
“Yes,” confirmed McCloud. “Because we didn’t win. We just held out long enough for the enemy to lose interest. Now this enemy is gathering at the edge of the solar system and is waiting to strike again.”
Gibeur looked at her pad. “What I see here, we are lucky enough that Lokubami is under control and we will see a new praetor today.”
McCloud nodded weakly. “Still that. But we saw how sensitive it all is. We stood on the precipice of fascism. One step further and the solar system would have plunged into chaos. We have to do something.”
“What do you have in mind, Admiral?”
“I’m going to make a very lonely decision now. Maybe it’s wrong. But like I just said, we have to do something. Our weakest point is undoubtedly the Earth. The Terrans are unable to cope with the diversity they offer Galaxis offers to deal with. We have to do something first! Make Terra wise again. Something like that. “
“And how is that supposed to work?”
“I will consult with my fellow admirals. But I think we will transfer this task to the ASTROCOHORS CLUB. We had this team, this Ostap Yefimov and his people. They seemed to be quite capable. They should take over the task To redesign ASTROCOHORS CLUB. Hell, we have to redesign ASTROCOHORS as a whole.“
The admiral turned to the door. “I’ll have a talk with the officers in a moment,” he said. “If the enemy shows up again, let me know!”