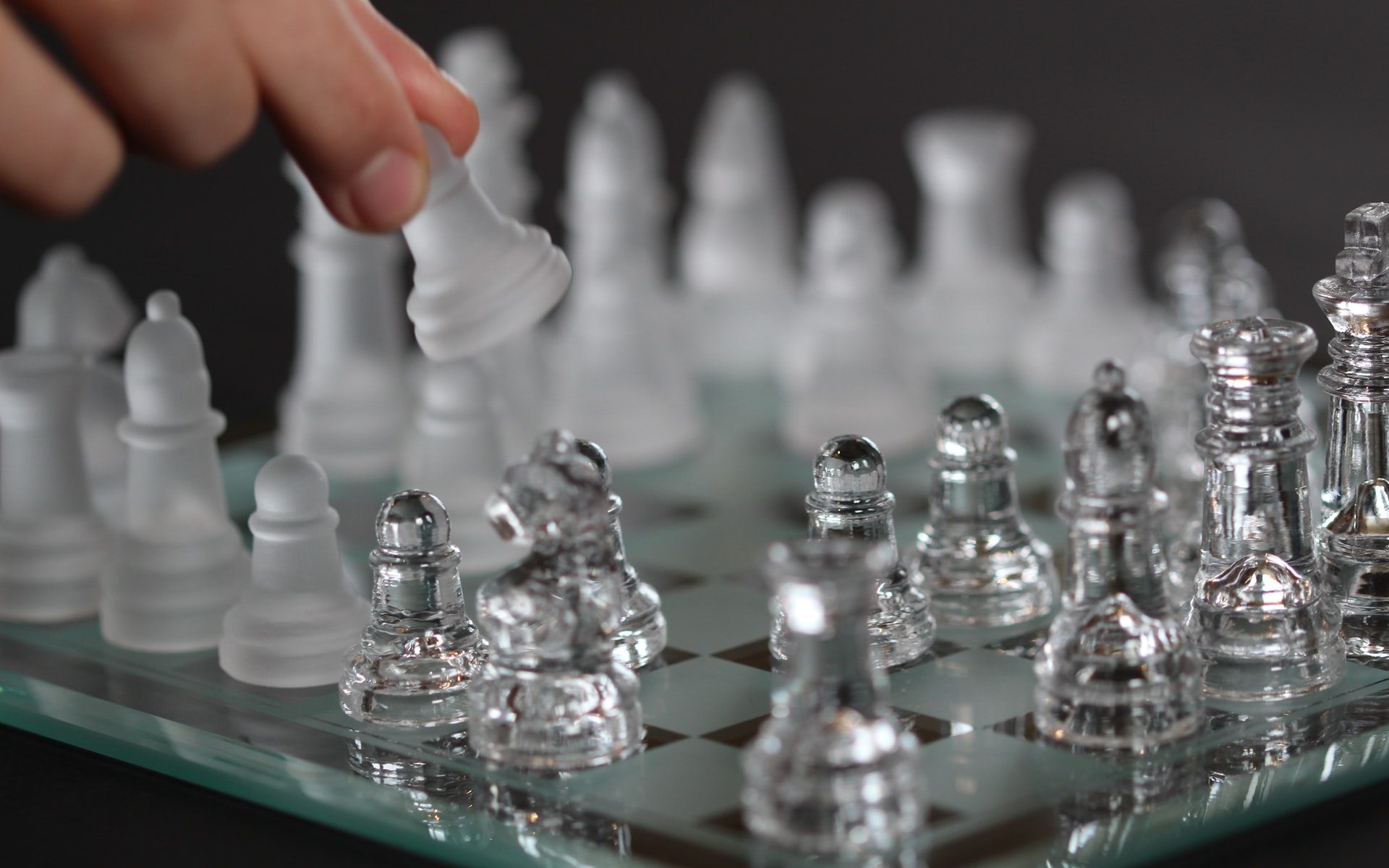 It is said that one of the most elegant games that the people of planet earth has ever produced is chess. Those who say this emphasize the strategic part of the game, how to play and place the pieces. How to plan moves ahead. How to calculate what your opponent is up to. And how you always have to react flexibly to the opponent’s move. But just as there are white and black pieces in chess, the game also has a dark side. After all, it was about two irreconcilable parties facing each other. Two parties fighting each other. And the name and certain phrases also indicated the dark side. “Chess” was derived relatively neutrally from the Persian word “Shah”, meaning “King”, but the phrase “Checkmate”, which was pronounced when the opponent was defeated, translated meant: “The king is dead.” In this way, you had a war situation before you: two kingdoms that were at war. The names of the playing pieces also had a dark side: the “pawns” who stood in large numbers on the playing field and could be defeated quickly and easily, while the higher playing pieces could sometimes make very complicated moves.

In utter despair over the situation in which Earth politics found itself, a new variant of chess had been invented. It was called “pigeon chess”. It was said that discussing with some people was like trying to play chess with a pigeon. The pigeon does not obey any rules, knocks over all the pieces, shits on the board and struts off as if it had won.
The situation on Lokubami was the same as in pigeon chess. The “confrontation” had already started over 24 hours ago and the praetor Scurra kept telling nonsense. The Lokubami Senate was often referred to as the “Holy of Holies” because it was where the senators sat who decided on laws. Scurra had no trace of respect for this “holy of holies”. In one of the language of the planet Terra there is a saying that someone lies, that the beams bend. If that were literally the case, the Senate ceiling would have turned into a barrel vault that day. It was impossible to trace all of Scurra’s lies. His reign so far had been a nightmare. Now that he was confronted, he had lost all inhibitions.
His challenger Inkibus tried to counter it. He had no idea about the Praetor’s “Plan B”. Because while the Senate was still hotly debated, the praetor’s militia was formed. The dark side shroud fell over Lokubami.
But some hope arose when a murmur arose among the senators and some of them pointed out that the people no longer fully agreed with the praetor’s antics. Then there were voices from those senators who support Scurra, who tried to create a good mood with honey. You have to come together and be nice to each other.
At that moment a senator named Arat Atrandom rose. “Oh yeah?” She exclaimed indignantly. “Now all of a sudden I hear Scurra’s supporters saying we should ‘get together’, ‘allow other opinions’ and be ‘nice’ to each other! Then listen carefully!”
She took a deep breath and called it out, so loud that you could hear it throughout the Senate building: “TE FUTUO!”

The chronicler cannot translate this phrase at this point; children could read along. But be assured to the reader that it was nothing nice.
“If you have agreed with fascism up to now,” continued the senator, “with racism, bigotry and violence, then you now have no right to demand civilization!”
Denarios, Scurra’s deputy, took a deep breath. Of course he knew what his boss was up to. He wondered if this was still a good idea. But he quickly wiped the thought aside. That was mainly due to the fact that he had no conscience.
Something started to boil. And not all of the characters were played yet.