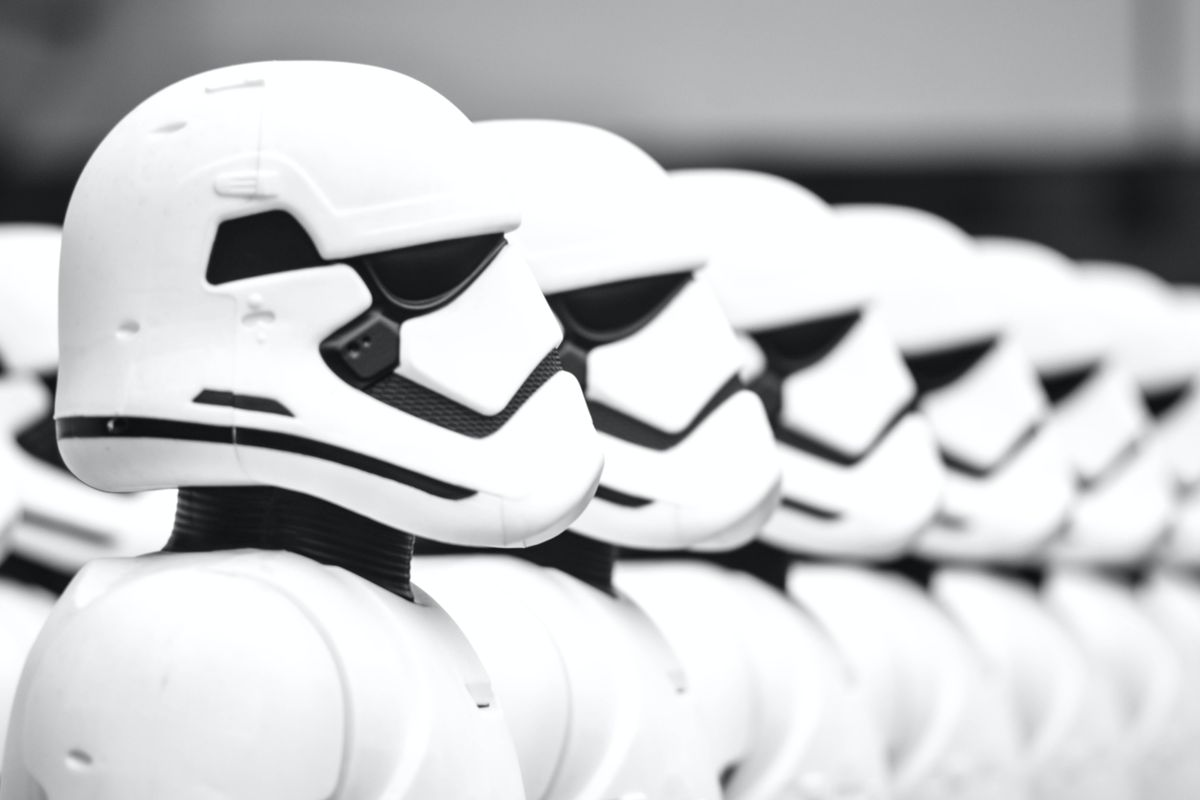 It had been tiring until now. Hardly any confrontation had lasted that long. That morning the Lokubami people saw the fourth day approaching. And something changed. The senators felt that too. Because in the last few days the praetor had shown his really ugly face again. The ugly face that revealed his ugly character. In fact, it had been seen every day since Scurra took office as praetor, but the past few days had been the melting pot, so to speak.

Deosimilis Denarios, the deputy of Scurra, was concerned. During one of the many pauses the discussion allowed him, the praetor had gone into the ready room to confer with Denarios.
“My lord!” Said Denarios. “The senators are starting to turn against us! We might lose the confrontation!”
“We won’t lose,” said Scurra. He activated one of the screens in the ready room. The screen showed the Senate. At the moment, it was Scurra’s son, whom he had named after himself with a touch of vanity, speaking at the lectern. It was a fiery speech.
“Do you want total war?” He called. “Do you want it – if necessary – more total and radical than we can even imagine today?”
The Balcerpinus side seemed to agree. What came in response to the question, however, was not an orderly answer, more a loud murmur.
“The Darctomes claim the people have lost their trust in the leader. Do you trust the leader? “
That strange loud murmur again. If you listened carefully, you could hear something like “yes” and “yeah”. The rest was drowned out in a kind of background noise.
“Do you vow with a holy oath to the front that the homeland stands behind the front with strong, unshakable morality and will give it everything it needs to win?”
The murmur turned into wild screams. Balcerpinus senators bleated like a flock of sheep. Scurra’s son passed it and continued.
“Do you want women to step in wherever possible to free men for battle?”
The answer was no more. Words, if spoken at all, were drowned out in a crescendo of tones.
“Do you approve of the most radical measures against a small group of slackers and pushers? Do you agree that whoever refuses to accept the leader will lose his head? “
Silence.
The screaming and bawling died away in a split second. What was that just now? Had the praetor’s son demanded the death penalty for political enemies, and did so in the hallowed halls of the Senate?
As strange as that sounds, it was a line he’d better not have crossed. Lokubani policies were corrupt and depraved, but they still had a few tiny, whimsical principles. One of them was never to wish the enemy death in the hallowed halls of the Senate. There was an ancient superstition attached to it that it would bring bad luck or end the world or something.
Denarios clasped his hands over his head. What just happened? Scurra’s son had become so furious that he had completely forgotten himself. The demand to kill political opponents was not new to the Balcerpinus camp. But that had a new quality.
“He’s got bite!” Said Scurra. “He really shows them.”
“But most splendid!” Exclaimed Denarios. “That could finally cost us victory in the confrontation! That is an affront! No one has ever dared to do that! At least he could have waited until the confrontation was over!”
“Do you think so?” Asked Scurra.
“Indeed!”
“I don’t think so. Wait a minute … oh, here it comes! The grand finale!”
On the screen, Scurra’s son started talking again. He ignored the embarrassing silence in the Senate and said: “The leader has ordered we will follow him. If we have ever faithfully and inviolably believed in victory, it is in this hour of national reflection and inner alignment. We see victory tangible lie close in front of us. We just have to take hold. We just have to find the strength to subordinate everything to his service. That is the order of the day. And that’s why from now on the slogan is: Well, people, get up, and storm, break loose!”

“Most splendid! Is that a call to revolt?” Asked Denarios.
“Is that it?” Replied Scurra. “Of course it is, and the Darctomes will say so, but I can deny anything. As always. And those parts of the stupid people who made the mistake of trusting me will be my compliant henchmen.”
“Most splendid, that’s … brilliant!”
“Of course. He’s awesome.”
Denarios winced. “He”? Who did Scurra mean by “he”?
“He will prevail and continue to rule Lokubami as is his right.”
The praetor spoke of himself in the third person!
“Now it is time,” said the praetor, “that he contacted his allies. His son has declared war, it is the father’s job to implement it. The new kingdom of Lokubami is baptized with fire. The Lokubami will be the new masters of the solar system. “
He activated another screen. A line of soldiers dressed in strange light armor became visible.
“All attention!”, Scurra spoke into the radio. “Start Operation 1776!”
The soldiers began to move.