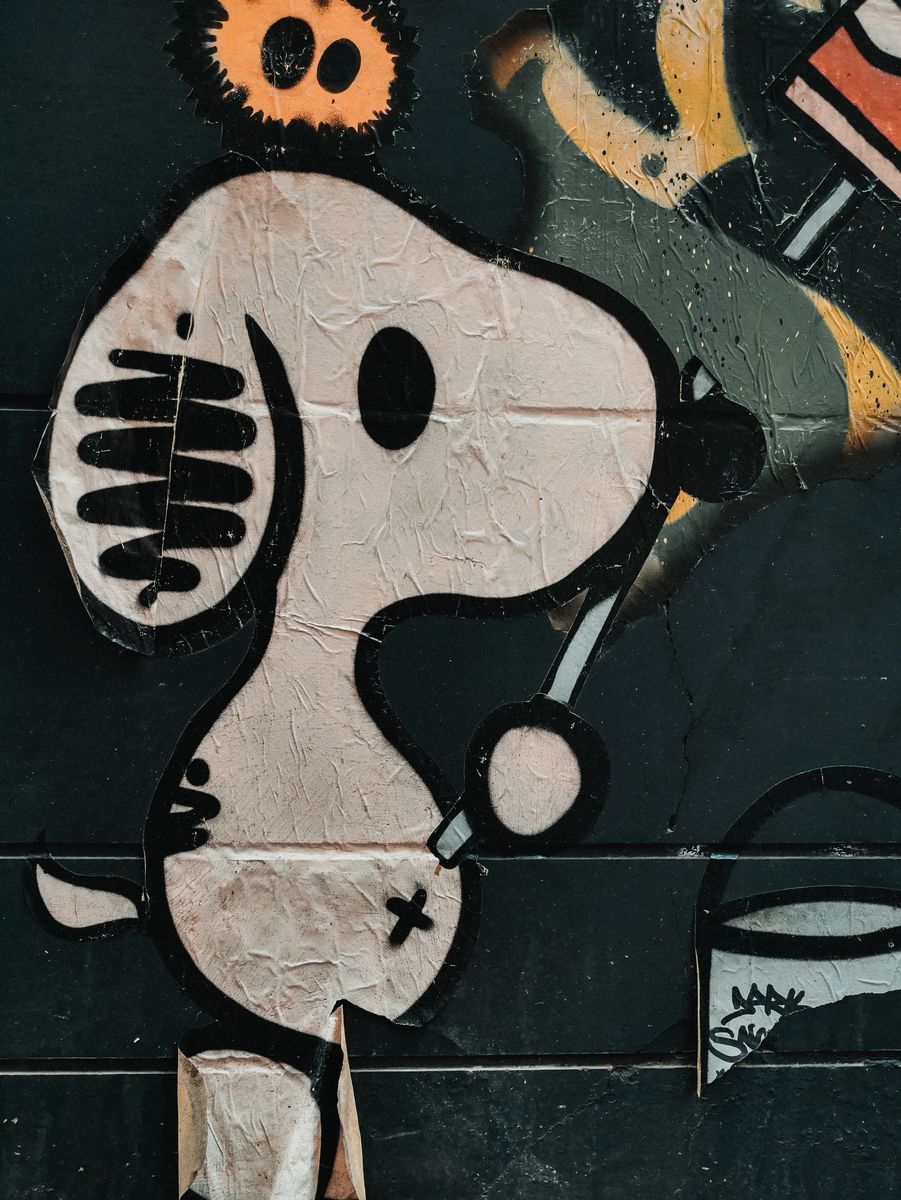 “Well! Here comes good ol’ Charlie Brown!” Claude Feret pointed to a Terran with a round head and a strange hairstyle who had just walked into the bar.
“Good ol’ Charlie Brown … yes sir!” He continued.
“Good ol’ Charlie Brown,” he added.
“How I hate him!” He said then. “You don’t?”
Agathe Grzesiak, who sat across from him, shrugged her shoulders. “Little girls are made of sugar and spice,” she said. “And everything nice. That’s what little girls are made of.”
After saying those cryptic words, Brown approached her table.
“Rain, rain, rain,” he said. “Like watering a dog’s flower.”
Claude frowned. “That is a strange sentence. Is that what you say in …”
“Minneapolis!” Remarked Brown. “I’m from Minneapolis. And yes, my father always said that. I never understood what he meant by that.” Then he looked around. “Let’s go,” he said finally. “I don’t think any will come.”
“I’m afraid I have to agree with you,” replied Feret. “I feel like I’ve been stuck here for seventy years. Apparently the promised contact person is a phantom.”
“Probably”, Agathe confirmed. “The name alone sounded suspicious … Peppermint Patty, who is called that?”
“What do we do now?” Asked Brown. “The mission has obviously failed. But we still have 48 hours before BOURGOGNE will contact us again.”
“We could try to make our way to Dowalka,” suggested Claude. “If we can get cheap transportation, we could be there in six hours and meet with Pellton.”
“Alternatively, we can sit here and wait,” said Agathe.
“Will you still love me when you’re grown up and rich and famous and I’m just a poor little girl?” Said a woman. The woman had come to the table unnoticed while the three officers of the BOURGOGNE discussed their failure.
“Uh …” Brown stammered. “Sure I will,” he answered the code the woman had just used. “And will you still love me when you get rich and famous and I have nothing?”
“That will be different,” said the woman. She sat down at the table. “So you are the guys from BOURGOGNE,” she stated.
“Then you … Peppermint Patty?” Asked Claude.
“Yes. I hope you haven’t waited too long for me.”
Awkward silence. Yes, they had waited a long time. The team, consisting of the three officers of BOURGOGNE, was abandoned here in Tropica shortly after Fulmen Grancolline won a few valuable computer chips by participating in the tournament of death. It turned out that there were hostile activities on Oberon that threatened the safety of the solar system. So Claude Feret, Agathe Grzesiak and Charlie Brown were sent on an undercover mission. They were practically abandoned. They were the castaways in Tropica. While they were investigating what the Usovai’i army was doing here, they made contact with underground fighters who wanted to provide them with information. And there she was, Patty the contact person.
“Anyway,” said Patty, “I have highly confidential information here.” She slid a memory stick across the table of the little bar where the four of them were. “Troop movements, troop numbers, everything. I think the Usovai’i guy has big plans.”
“Why are you helping us?” Asked Agathe.
“If Pupepa gets away with his plans, I don’t know what will become of the known galaxy,” she stated. “That’s enough motivation for me. You will find a few more documents on the memory stick that fell into our hands in a bunker. Obviously Pupepa doesn’t want this to be known. He’s probably afraid that his reputation could be damaged. Although I don’t know if his reputation can be damaged. “
“Why?” Asked Claude. “What is it about?”
“Did you know,” said Patty conspiratorially, “that the Great Leader of the Usovai’i is really descended from a Gunnafiri family? And not from any, but from the Hýnkel family.”
“What? That means …?”, Feret began.
“He’s related to the Great Dictator, yes,” Patty confirmed. “The G.D. is his uncle. Shocking, isn’t it?”
“Well,” objected Agathe, “relationship doesn’t mean that you are of the same kind.”
“But there are often attitudes circulating within a family,” said Brown. “It would explain a lot about Pupepa. How did that go about?”

“Pupepa’s father,” Patty explained, “was the youngest brother of the family. When the Stellar War broke out, the older brothers – including the GD – fought on the side of the empire. Pupepa’s father preferred to emigrate to Usovai’i Then made a fortune by providing for the Usovai’i troops, who set out from Kor Ywen in the battles of the Stellar War, in his pub, thus laying the foundation for the family’s fortune. “
“It was wise to change his name,” said Brown.
“Yes,” answered Patty. “Now if you’ll excuse me. You have what you wanted and I’ve been here too long.”
“Just a moment!” Demanded Claude. “What’s the name of your underground organization. Just in case we need to come to your aid.”
“Very kind of you,” said Patty. She pointed out the window. You could see the opposite wall, which was sprayed with grafiti. In the colorful pattern was a picture of a white beagle. “It is,” she explained. “White Beagle, that’s what we call ourselves.”
Then she said goodbye. The three officers of the BOURGOGNE waited a moment, then they left too. In their possession they now had a memory stick with a lot of sensitive information.

Now it had to be seen what one could do with the information. What a time to be alive
“We need to contact Schulz somehow,” Brown said. “It will be a great story, it will be told in seventy years!”
“And then in the end we weren’t here that long”, added Agathe. “It Was A Short Summer, Charlie Brown.”