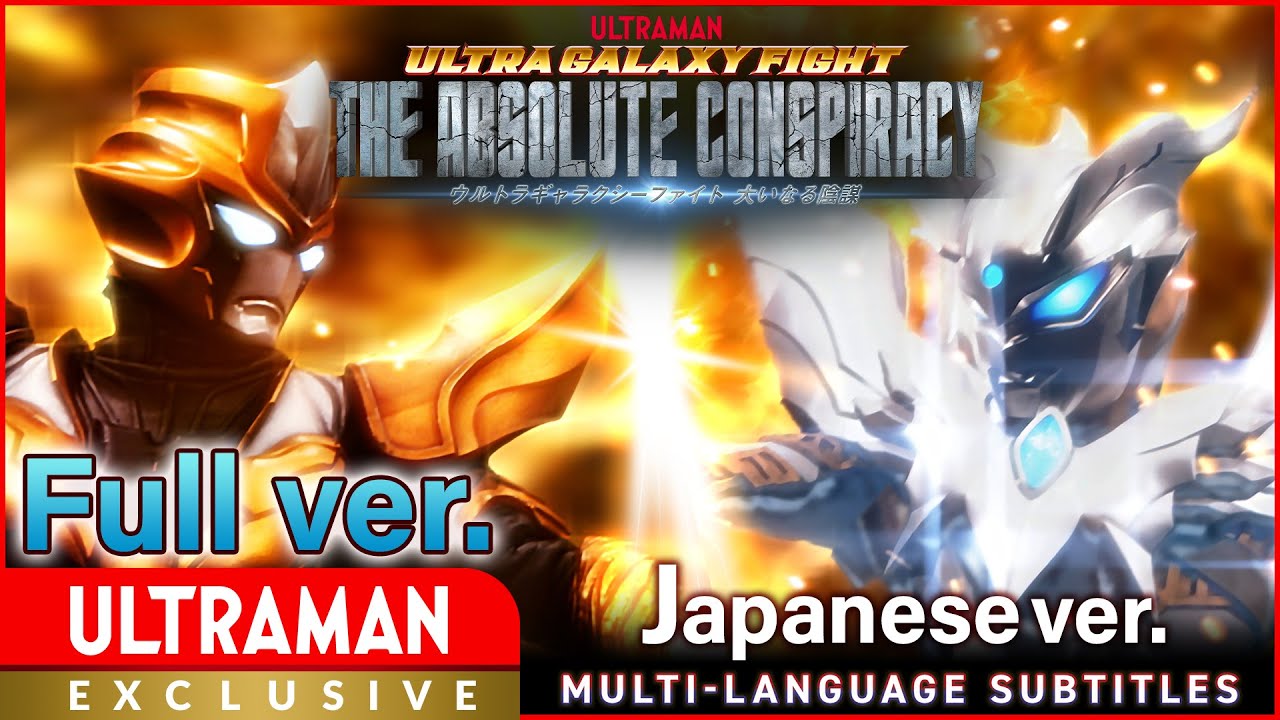 It was at this time in our world that cracks were first noticed to be forming in the space-time continuum. These were given different names, hole in the universe, plot hole, and some more. We had no idea that there was a force from another dimension planning a conspiracy with someone from our dimension. In the strange space beyond the universes, where Jarmo Dorak also disappeared, lies the “Land of Light”, where a species of warriors tries to ensure peace in the parallel universes. They call themselves the ULTRAMAN…

Chapter 1
The story of the era when Ultraman Ribut, the elite of the “Galaxy Rescue Force”, was a civilization observer.
Together with Ultraman Max, Ribut detects a strange sign on a certain planet… but it turns out to be a trap set by a vengeful enemy.
Protecting Ribut, Max is in danger! At the same time, Ultraman 80 and Julian are attacked by Lugosite.
They were just the beginning of the “great conspiracy”!
Who is the mysterious golden giant (Absolute Tartarus) who is making a secret move? Will Ribut and the others be able to save Max and repel the enemy’s threat?!

Chapter 2
A long time ago, tens of thousands of years ago, the era of the Great Ultra War.
Ultraman Ken (later Ultra’s father) and Ultraman Belial showed unyielding military exploits while the Monster Army led by the Empera Alien fought a fierce battle with the Land of Light. Belial can’t open up to Ken, who was a hero who fought alongside him, but was eventually appointed as the captain of the Space Guard and captured the heart of Ultrawoman Marie (later Mother of Ultra). Seeking more power, he goes on a rampage… At that time, a golden giant (Absolute Tartarus) appears and whispers: “Don’t you want to change your destiny?”
Years passed, and in the Land of Light there was a scientist, Ultraman Tregear. Although he regrets not being able to join the Space Garrison and has mixed feelings for his best friend, Ultraman Taro, who is active as the “Messenger of Light,” he studies under the director of the Science and Technology Bureau, Ultraman Hikari, whom he respects. was encouraging However, when Hikari disappears, his destiny begins to change…

Chapter 3
After defeating Grimd, Taiga and the Tri-Squad, who are training hard in space, are attacked by the “ruler of Zetton”, the Space Terrifying Demon Zet!
The tri-squad is in a desperate situation in front of the terrifying demon Zet who summons all Zettons and attacks them!
In order to oppose the golden giant (Absolute Tartarus) who is behind everything, Ultraman Zero and his friends come up with a new countermeasure.
And the Space Guard’s newcomer, Ultraman Z, joins his reliable senior, Ultraman Mebius, and others to confront a great conspiracy…!