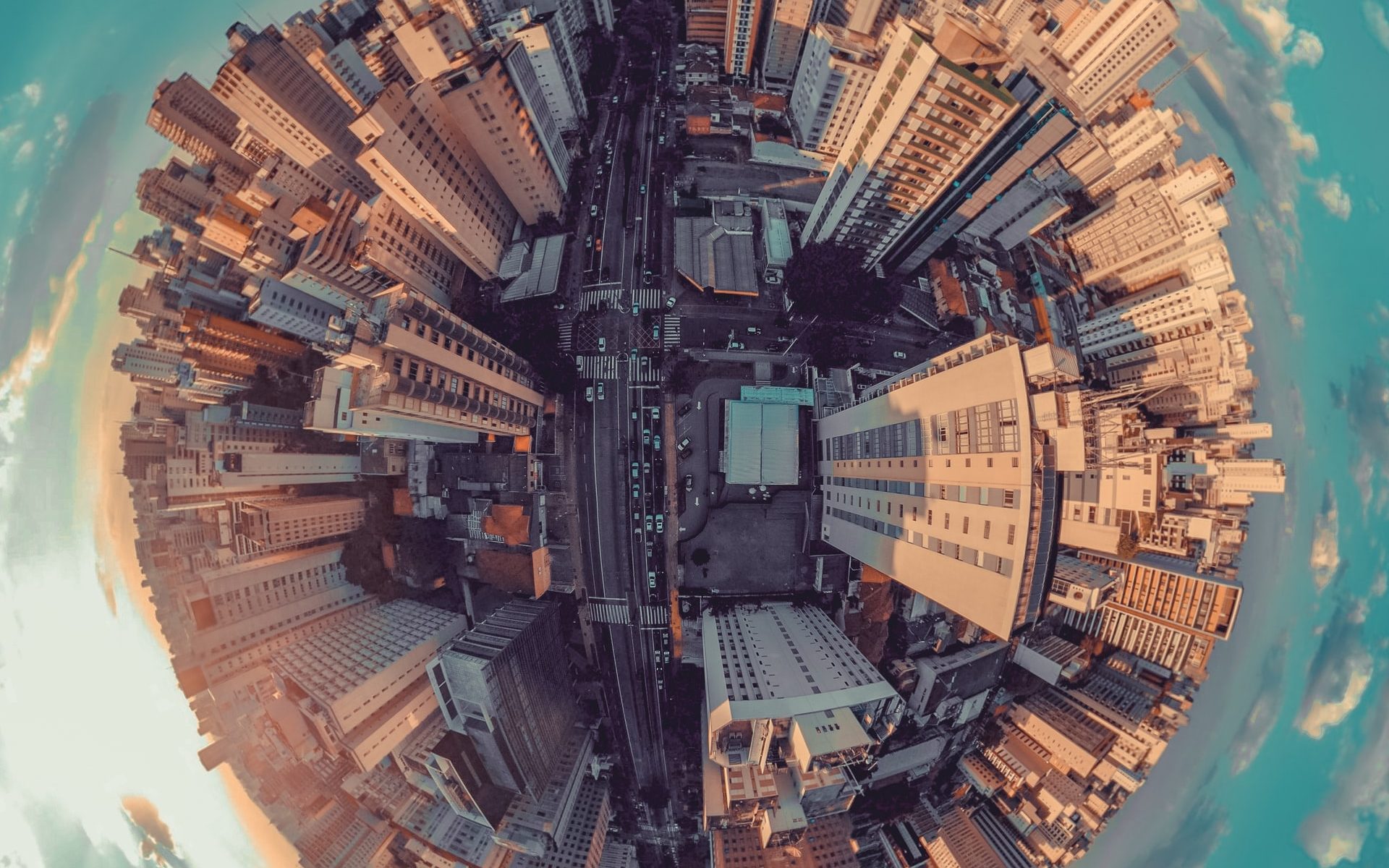 The worlds were in the dark. This was not unusual, especially if it was a world like Kor Ywen. But even this darkness now seemed even darker than before. Was that possible? Everyone seemed to be wondering. It had been three tough years since Pupepa seized the Prostate’s throne. He and his sidekick Modofa Rascar Pecapac had ruled the Star Alliance with an iron fist. At the same time, they had managed to win over not a few of the inhabitants of the Usovai’i worlds. Compliant fools who were ready to die with guns in hand for Pupepa’s wicked ideology.

The Republic of the Free Worlds no longer existed. The unions were virtually wiped out. The age of a new galactic megalomania had dawned! Prostat Pupepa ruled the alliance with his powerful and simple-minded subordinate Pecapac. The latter had already personally subjected a number of star systems that had dared to resist the prostate. Pecapac is convinced of himself and believes that the gods have chosen him to become the heir of the universe.
“Heir of the Universe” – this mysterious title came from an old scroll. Nobody knew exactly what it meant. Nonetheless, a radical sect had emerged, the ideology of which was based on finding this heir to the universe and shaping the galaxy as it wished.

It was in the middle of the night in this part of Kor Ywen when Dozon Rasun was woken from sleep. A roaring hum buzzed through the streets. Rasun looked out of the window.
“The sky is gone!” He said to himself.
Everything vibrated. The floor. The walls. The window. The furniture. He could feel it. What was that? He ran out of the room and across the hall, banging on a door with both fists.
“Professor!” He called. “Professor! The sky is … gone! And we have an earthquake! Professor?”
The pneumatic door opened. Professor Ostap Yefimov stood there, in his pajamas and dressed in a gown.
“What does that mean, the sky is gone?” He asked.
“Yes … gone … Everything is black. Look out the window!”
Yefinov went to the window and pulled back the curtains. Kor Ywen was a huge, ugly city that covered an entire planet. The buildings were impressive, but a terrible monstrosity. But now this monstrosity was even more terrible. Otherwise there was life in the city, whether it was day or night. But now the city was dead.
Yefimov’s hand had touched the window frame. When he felt the vibration, he backed away, startled.
“It vibrates. And the energy … COMPUTER!”
No Answer. The computer should have responded. That meant the energy had to be down. Very unusual. The building in which they were located belonged to the priority 1 buildings. This meant that there could not be a complete loss of energy here. The emergency energy should have started up long ago.
“Oh holy spaghetti monster!” Rasun swore. “What is this?”

There was a low whistle. One of the control panels on the wall began to glow.
“We have some energy back,” said Yefimov.
“Yes! Yes!” Rasun agreed. He ran across the room to a computer. He pressed a button and the terminal started up.
“Quick!” Yefimov demanded. “What is the angle vector of the moon?”
Rasun sat down at the desk with the computer. He started typing on a keyboard. For the research work, this was more practical than voice input. He looked at the screen in front of him and paused.
“Well?” Asked Yefimov. “Has the axis of the moon shifted?”
“By more than 12 degrees,” Rasun said in horror. “But that … that must be a mistake …”
“No!” Yefimov contradicted. “This is definitely not a mistake! This is an attack! I warned them that it would happen. The Ursupator on the prostate’s throne feels cornered. Now he bites like a rabid grubbancha! This is going on on his responsibility. “
“But that would mean he risks the life of …”
“… of every creature on this planet, exactly! You got that right. But he doesn’t care about the people. The main thing is that he can keep the throne. He goes over corpses. I always said so, but at ASTROCOHORS they didn’t want to believe me! “
The energy came back.

“But what are we going to do now?” Asked Dozon Rasun.
“I want to bet that there is a big battleship somewhere in the system. We have to find and shut it down. Or destroy it.”
“Professor!” Rasun called. “Destroy it? We can’t …”
“… destroy Prostate Pupepa’s super battleship? And why not? We’re in danger …”
At that moment a flash of lightning lit up the sky.
“Big Scott!” Yefimov exclaimed. “What was that? Can it be …”
“Professor! Professor Yefimov!” A familiar voice echoed across the hall. Yefimov recognized the companion without having to look.
“You saw it too, Fulmen?” Asked the professor.
“How am I not supposed to see that!” Replied Fulmen Grancollin. “What did you just say about destroying the super battleship?”
“Oh, no, do you think that’s a good idea?” Asked Rasun.
“Do we have a choice?” Grancollin asked back. “What was that flash of lightning?”
“LAHAP. They destroyed it.”
“LAHAP moon base?” Rasun looked up at the sky. It was still dark, but now you could see a glow of light. Something shone brightly in the northern hemisphere of the moon Botriro. It had to be very large because it could be seen with the naked eye.
“The moon base was basically a big dump for high-energy waste from the planet, wasn’t it?” Said Fulmen.
“Yes,” Yefimov confirmed. “I think this vibration was triggered by some weapon. The high-energy garbage probably responded to it.”

“Professor! Fulmen! Dozon!” The next guest arrived.
Fulmen turned. “Nat, did you wake up too?”
Nat Anders went to the three men. She also wore a dressing gown. But she was barefoot. “Woke me up?” She said. “What do you think? It would have been rather surprising if I hadn’t been woken up! What happened?”
“Look, the moon base has exploded,” said Fulmen.
“This is an attack!” Confirmed Yefimov. “Another insane plan by Cofehaf Pupepa to expand his reign of terror.”
“The professor said that a battleship must be in the system and that you should … turn it off …” Rasun explained.
“Or destroy!” Added the professor. “Switch off or destroy!”
“I still don’t like destroying,” Rasun admitted. “We would fight one of the most powerful armies in the galaxy.”
“But I’m afraid we don’t have many alternatives,” said someone. From the dark came Zomm Arrghl, the Usovai’i.
“What?” Rasun exclaimed. “Now you’re talking about it too? You Usovai’i should know the risk best!”
“Oh, I do,” admitted Commander Arrghl. “However, I weighed this risk against the only alternative, namely to do nothing. Then we risk Pupepa becoming the ruler for life, he and his lapdog Pecapac.”
“Pecapac is the crown prince anyway,” said Nat. “We both have to stop, otherwise we will get into the eaves from the rain.”
“Should we really do that?” Said Rasun. “Our job was actually to research and provide information, wasn’t it?”
“And there we have a problem,” said Arrghl. “This attack serves to paralyze the planet. The ASTROCOHORS CLUB facilities will no longer function properly. Reports to Earth will no longer be passed through and we will not be able to do our job.”

“Worse,” said Professor Yelimov. “The planets of the galaxy will sink into ignorance, and evil creatures like Pupepa and his friends will seize power. This will destroy democracy and sink the galaxy into darkness.”
The five companions were silent. “How many were on the base?” Fulmen finally asked.
“Three hundred and twelve,” replied the professor. “My comrades, we are pilgrims in a godless country.”
“Pupepa and his henchman Pecapac would surely contradict you there,” Arrghl said. “Both consider themselves to be chosen by the gods. I never understood this kind of religious obsession. The founders of our glorious star empire never had this in mind when they wrote the constitution. And yet we are now facing one of the greatest dangers, the the alliance has ever faced. “
“Well,” the professor wanted to know, “will you follow me? We have to do something – for the beings on this planet, for the beings on other planets and for the poor who lost their lives up there on the moon base.”
Everyone nodded.
“That’s good,” said Arrghl. “Unfortunately, we don’t have much time left. If the attack continues to the same extent, we will run out of energy on the planet within a few days. Many of the ASTROCOHORS CLUB transmissions are already stuck. We have to hurry up.”

“Maybe in the future,” said Fulmen. “But … it’s not the future. It’s the present. In the present we have to fight for the future!”

One Reply to “A World in Peril”