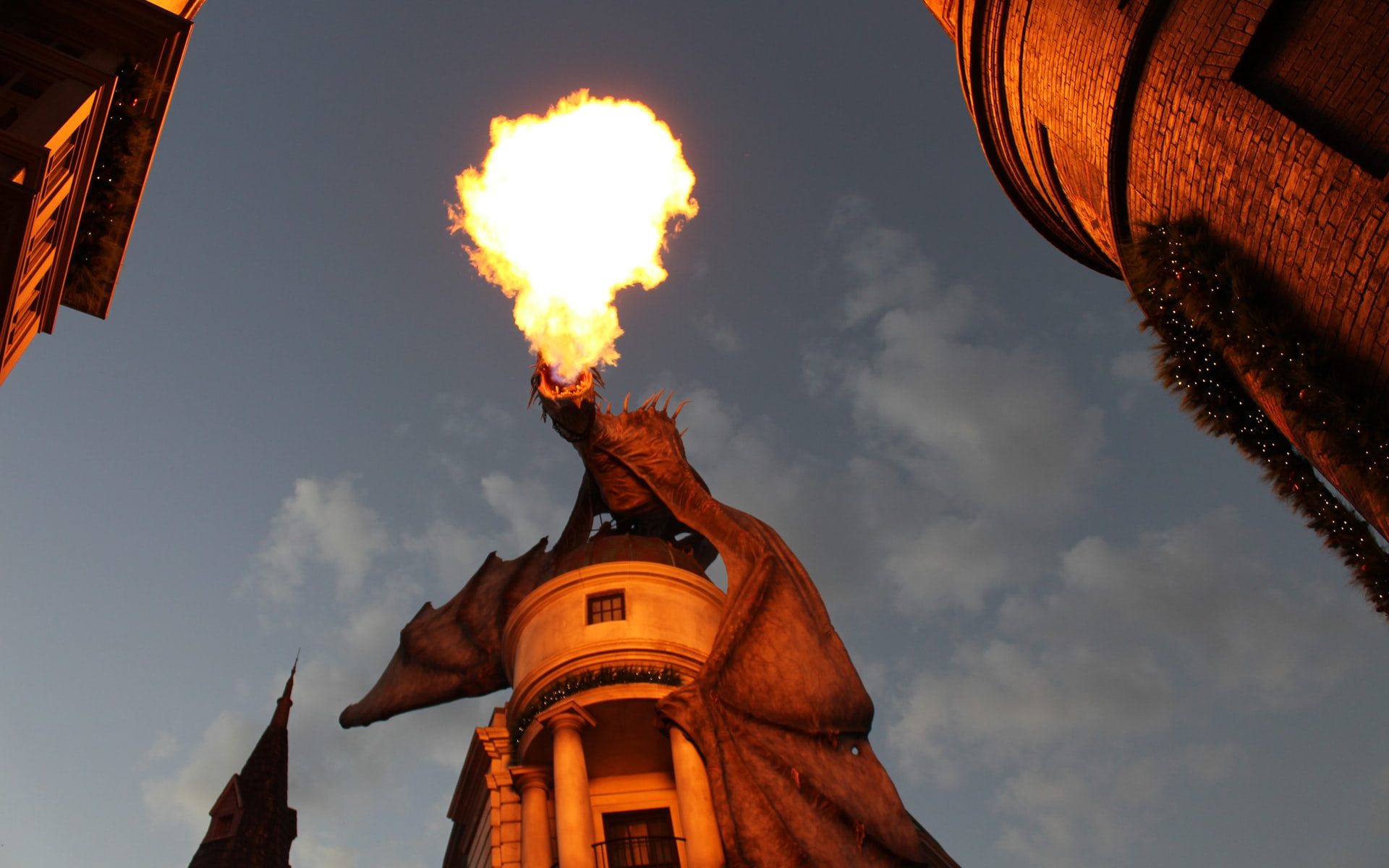 The building had a large tower with a dome. It looked just like you would imagine a house where a couple of conspirators meet. That, the praetor found, made it all the more inconspicuous.
The preter was a strange figure. He was humanoid in shape, but extremely round. It looked more like someone had put a ball on a ball. The round head had some residual hair. The lips were thick and looked like a stark contrast to the otherwise pale face. When the praetor spoke, it sounded like drawing chalk over a piece of glass.
“I am glad that you are all here,” he said in greeting.
The people who had gathered in the large room of the building belonged to what, under normal circumstances, would have been called a “circle of friends”. In that case it was wrong. Because Dumno Dvalo Scurra, the praetor of the planet Uranus, had no friends. Only people who wanted to be close to him because they wanted to come to power, prestige and wealth themselves. The most precious thing in the universe, real life, meant nothing to them.

“The joy is entirely on our side, O most splendid chosen one!” Said the Second Praetor submissively. To do this, he leaned particularly far forward. That was difficult, because everyone present had already taken their seats at the long table. But the second praetor bowed his head until it almost touched the table top. Praetor Scurra was eaten away by vanity, he loved it when people behaved like that towards him. He especially loved the address “most splendid chosen one”. A strange religious cult was spread on Uranus, which actually only waited for the end of all worlds. And someone chosen by the gods should come to … Well, what exactly he should do was not entirely clear. The Shima scriptures said there would be a chosen one, but things got confused afterwards. Serious religious scholars of the solar system suspected that the Shima scriptures were created under the influence of mind-expanding drugs. That would explain the mess of words that made up most of them. Everything that existed in the entire solar system as religious scriptures was processed in it. And it was declared that only on Uranus – whom its inhabitants called “Lokubami” – would the “pure people” live. The chosen one, no, the most splendid chosen one, should emerge from the “pure people” in order to exalt the “pure people”. And then would … blah blah blah. Or so it read.
No one in their right mind took the Shima scriptures seriously. The problem was that Lokubami had a caste of rich and powerful who took them seriously. And even literally. That Scurra could have become a praetor was a result of this belief in the Scriptures.

“Good,” said the Praetor. “We’re having a meeting. It’s going to be a great meeting. Perhaps the greatest meeting we’ve ever had.” Then he turned to the Second Praetor. “Second Praetor Denarios, Deosimilis, old friend, how has our action progressed?”

“Oh most splendid chosen one,” replied Denarios, “everything is going according to plan.”
Deosimil’s Denarios was about the same age as the praetor himself. He was an old man in his seventies who wore a head of white hair like a helmet, because it gave his otherwise expressionless face a little more shine. You couldn’t have guessed it, but there was sheer calculation behind his submission. Because of course he wanted to be praetor if Scurra ever abdicated. But first he had to prevent Scurra from leaving his post. The steps for this had already been taken.
“Major General Rabunge!” Denarios barked. “Your report!”
One of the men at the table rose. He was wearing a pretorial armed forces uniform.
“Everything is in position. Should your adversary, O most splendid chosen one, introduce the motion to the Senate, our troops will go on alert to bring the people under control. Then the Praetorial Court will rule in favor of the Praetor and dissolve the Senate . And with that we have unlimited power. “
“UNLIMITED POWER!” Repeated Scurra loudly. “I like that. Everything seems to be going according to plan.”
“Well, uh …” stuttered Rabunge. “Not … uh … not quite.”
Now it was Denarios who raised his voice. “What?” He called out loud. He turned his head and looked madly at Rabunge.
“Well … uh … it’s about the spy.”
“WHAT SPY?” Denarios got louder.
“The one who came from Terra. The spy was apparently infected with an illness on Terra. Our people only noticed too late. He infected other people on the spaceship that brought him to Lokubami. Workers at the spaceport also did signs of the disease. That could spread. “
“Humbug!” Contradicted the praetor. “Terran diseases are far too weak for the great immune system of a Lokubami. This disease will be quickly under control and the planet will be ours.”
“You heard the praetor!” Denrios snapped. “A cold like that won’t interrupt our plans! Better tell the praetor why the praetorial tribunal will decide in our favor!”

“Uh yeah.” Rabunge tried to pull himself together. “It’s pretty simple in principle. We have removed judges from the Praetorial Court and replaced them with people who are loyal to the Praetor.”
“Great!” Said the Praetor. “This is the greatest court of justice there has ever been. Was it difficult to replace the disloyal judges?”
“Actually, it was super easy, barely an inconvenience. We recently declared a judge to be insane. She is currently in an institution for the mentally ill. And if she stays there for a while, she will certainly be.”
The praetor laughed. The Second Praetor laughed. Everyone laughed. They laughed like a band of bush thieves who were very sure of their cause.

“Great. Great,” confirmed the praetor again. “I have also received a message from Brother Jonathan. Our friends from outside are happy that we want to support them in their endeavor. Of course, the Usovai’i plan only helps us to keep them in control. That is why we are participating . And we have to support them, because unfortunately they have a few problems. “
“The problems will soon be over!” Declared the Second Praetor. “Our number three and number six might have something to say about that.”
A man got up. He was an important man in the economy of the planet Uranus. But here, in the cave of the conspirators, his name was simply “Number Three”.
“Our problem is organizations like ASTROCOHORS, or more precisely, ASTROCOHORS CLUB,” he began. “They uncover our plans where they can and try to let people know. If too much becomes known, that could really cause us trouble. But my company, which controls a large part of the solar web, has already taken countermeasures: We are blocking theirs Broadcast channels, so that not all information comes out. “

“My company is doing its part too,” confirmed Number Six. “We have placed spaceships with energy generators in orbit the planet. The generators will recharge the Ift field so that it can disrupt communication again.”
“When will that be?” Asked the Vice Praetor.
“It’s already started,” replied Number Six. “The energy will reach its maximum in four hours at the latest. And then it will be difficult for ASTROCOHORS CLUB, no matter what they do.”
“Great, great,” said Scurra happily, clapping his little hands. “We’re going to build a great government. The greatest government this planet has ever seen. We are going to remove everything that stands in our way.”
“Then why stop?” Asked the Second Praetor. “We are the greatest people in the solar system, we have the most glorious chosen one on our side, so why not take control of the whole system?”
“Ruler of the Solar System … um … Space Emperor …. I like it.”
And again he laughed. But apart from him and his subordinates, nobody really had anything to laugh about.