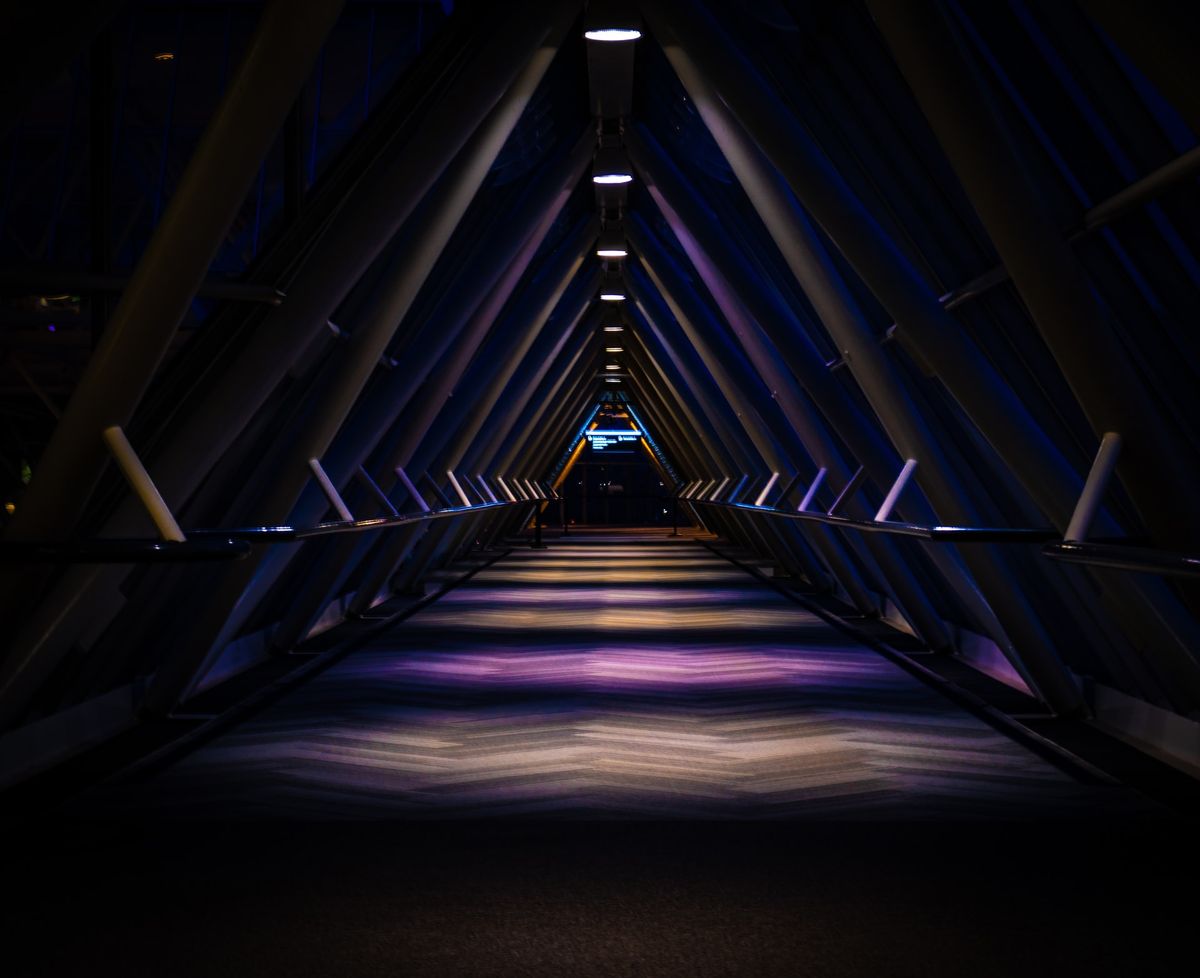 “Bombs and Grenades!”
That was Haddock’s way. He was always very direct. And when there was a problem, he was prone to curse. The reason for the sudden emotional outburst of the captain of the USS BOURGOGNE was a feedback he had received from his first officer.
“Is that really confirmed?” Asked Haddock.
Commander James Pellton shifted nervously in his chair. “Otherwise, would I report it to you if it wasn’t confirmed?”
“Who made the discovery?”
“Someone from science. They did a long-range scan and noticed the signal.”
Haddock ran a hand through his thick beard. “Bombs and Grenades!”
“You said that before, sir. The question is, what should we do now?”
“Well, then I’ll make one of my famous wrong decisions … First of all, you will send the results of the long-range scan to headquarters. Tell the Chief Admiral if you have to! And second, we will take a closer look . LeCreux should come to the bridge! “
“LeCreux is already waiting on the bridge with the other command officers.”
Haddock nodded. “I keep forgetting what an excellent first officer I have. Then let’s not keep the gentlemen waiting.”
“Yes, sir!”

Seconds later, Haddock and Pellton stepped out of the captain’s ready room onto the bridge of the USS BOURGOGNE. In fact, all the command officers were already assembled, along with the bridge crew who were on duty. Pellton stepped forward. “LeCreux, please explain the details of your discovery to the captain again,” he said.
“Well, actually it was my department’s discovery,” began LeCreux.
“That doesn’t matter now!” Snapped Haddock. “Your report, please! Who will receive the Nobel Prize for the discovery, we can find out later.”
“Well, my department did a couple of long-range scans. We examined various celestial bodies in the Oort cloud. You remember, your instructions were to find out whether alien spaceships could camouflage themselves as celestial bodies and hide in the cloud.”
“I still have it in my head,” Haddock growled.
“We first looked at the cloud and then selected a sector, because if you please, Captain, the Oort cloud is damn big. One of my officers suggested the sector because the density of objects is particularly high there. a spaceship could hide there particularly well. “
“And the jack of all trades was right!”
“You could say that,” said LeCreux. “We weren’t really expecting to find anything. There’s more to studying the different structures of the ice meteorites. Then about twenty-five minutes ago the scanners made us aware of a meteorite with an unusually high iron content.”
“Iron,” muttered Haddock. “I’m not a scientist, so if I’m wrong, correct me, but the celestial bodies in the Oort cloud are mostly made of ice. Right?”
“Absolutely correct. The comets that cross the solar system come from here. The tail they form behind them comes from evaporating ice under the influence of the sun. Now the meteorites also have a solid core, but …”
“But?”
“We didn’t get any readings that would have confirmed that there was any ice there. So we started recording. And that’s when it happened!”

“Don’t make it so exciting! What happened?” Asked Haddock.
“Before our eyes the unusual celestial body with a lot of iron and without ice turned into an ordinary celestial body with a small core and a lot of ice around it.”
There was silence on the bridge. You could have heard a pin drop.
“That means,” explained Commaner Pellton, “that a cloaking mechanism unknown to us has been activated. That is the only explanation for this phenomenon.”
“Yes,” Haddock confirmed. “Meteorites generally do not change their composition spontaneously. Do we still have the object on the scanner?”
LeCreux turned around. “Lieutenant Brown!” He called in the direction of the science station, which was in the far corner of the bridge. “What do the scanners show?”
Phyllis Brown, a young scientist, replied without looking up from her panel: “It hasn’t moved. Or, it moves with the drift of the Oort cloud. Nothing unusual since then, we still get the same values.”
Haddock moved towards the captain’s chair. “Then let’s have a look at that thing,” he said. “Show me the object in the overview.”
The large main screen changed the cutout. Until just now he had shown the starry sky. Now there was something to be seen that vaguely resembled a cylinder. However, the surface appeared to be rough. And what’s more: the cylinder shone blue. Haddock bit his lip.
“What are we up against here?” He asked aloud.
“Nothing friendly, that’s for sure,” said Pellton. “Why else should they hide? And in the Oort cloud of all places?”
“If I could make a suggestion, sir?” Brown asked from the background.
“Oh please,” said Haddock. “I am grateful for any suggestion.”
“Without wanting to stir up panic,” said Brown, “but would it be an option to do another long-range scan?”
Haddock frowned. “What are you looking for?”
“According to comparable objects. About the same size and composition and that glow blue.”
Pellton sighed. “The only reason I don’t like this is that we could find something.”
“What if it were so?” LeCreux asked.
“Then we’re screwed,” Pellton stated.

“HOW MANY?”
Haddock jumped up from his seat. Brown winced and clung to her pad.
“We have discovered two hundred such objects in the immediate vicinity,” she repeated in a trembling voice. “And I’m afraid that’s not all yet.”
“This is an invading army!” Exclaimed Pellton, who was standing next to the captain’s desk. Haddock glowered at him. “What else should it be?” Added the first officer. “Why would anyone hide out here instead of shouting an official hello?”
“I think you are right,” said Haddock to Pellton. “But what kind of clout are we dealing with here? Can the BOURGOGNE stand up to such a power?”
Pellton gave a short laugh. “Absolutely not. I looked at the data from the first object. If what we saw before they went into camouflage is correct, it is a spaceship about a third the size of BOURGOGNE. If there are over two hundred of these ships out there, they outnumber us. We’re not talking about little space scuttlers. Of course that depends on their firepower, but the numbers alone speak against us. “
“May I make another suggestion?” Brown asked hesitantly.
“Oh, please, please! Unfortunately we are currently lacking suggestions!” Confirmed Haddock.
“We can pretend we’re slowly withdrawing … let’s say we’re flying in the direction of Jupiter. We’ll continue scanning just to get an impression of the size of the force.”
Haddock and Pellton looked at each other. Pellton shrugged and said, “Of course we can do that. I think that’s as good as anything. We can then coordinate with ASTROCOHORS what to do.”
“As you think,” said Haddock. “But Pellton, one thing has to be clear: No quick maneuvers! Our friends out there must not immediately notice that we have discovered them!”
“The way you put it, you assume they’ll notice it anyway,” Pellton stated. “Am I correct?”
“Yes,” said Haddock. “It’s not a question of ‘if’, it’s a question of ‘when’.”
“Yeah, but …” Brown began. “Then what about our transmission when we discovered the first object? Won’t they already have noticed?”
Haddock looked worried at Brown. “That’s right. Damn standard procedures, bombs and grenades!”
“Don’t jump to conclusions, Captain!” Pellton interrupted. “So far they have been quiet. That can mean anything. Maybe they want to lull us into a false sense of security. But maybe they assume that we are not aware that they are there. Nobody knows. I suggest we follow Lieutenant Brown’s idea, but remain on alert. We are flying slowly and with no weapons systems activated. “
“Do it like this!” Ordered Haddock. “The navigation department should be ready, as well as the tactical department. Should we notice hostile activity, we must be ready to defend as quickly as possible.”
“Aye, sir!”