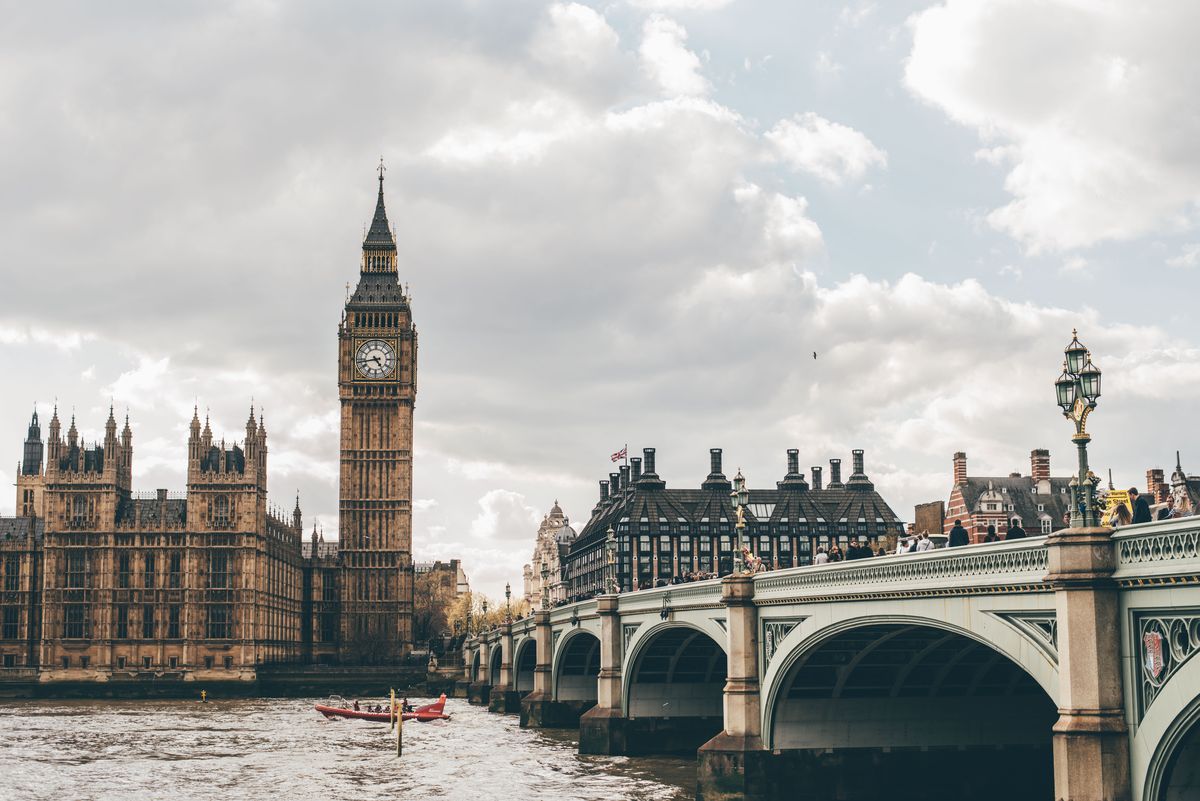 This was the job he was made for! Don B. James came out of the shadow of the wall. Slowly he moved across the place, towards the bigger building. One of the factory buildings of the London suburbs. A long time ago it was a brick manufacturing factory. But it closed. Today it was something else. It was the place of crime, covered under the label “all natural”. Don approached the door. He pulled a credit card out of his pocket. The credit card was fake, it contained a lockpick. It took him only seconds and the door was unlocked. Then he was inside.

In the factory there was a strange smell of alcohol, mixed with some flowers. So here they produce the stuff that makes them a fortune, Don thought. Well, not for long. The machines were up and running, but there was nobody here. Personnel wasn’t necessary all the time. Every three hours somebody showed up to pull some levers. Then the liquid they produced here was filled into small bottles. They called it “The Scent”. It was worth more than gold in these time. At least on the market. In reality it was pretty worthless.

Don opened the suitcase he brought with him. Inside there was a bomb. He adjusted the clock. Fifteen minutes should be enough. Then he placed the suitcase near one of the big tanks. This should make a good firework.

Thirteen minutes later Don B. James entered the “Raven and Ratt Inn”. He had changed his clothes, now wearing a white tuxedo. Inside the bar the light was dimmed down, but you could see a blond-haired woman on a small stage, singing. Don moved through the room, straight to the bar. The other guests, sitting at the tables, weren’t taking notice of him. Not even the man with the Panama hat who was standing at the bar. He was looking into his glass. All the other guests were looking at the stage, watching the woman singing. “In olden days a glimpse of stocking…”

He checked his watch. It was about time. Any second there should…

And then there was the big exposion. The guests of the Inn jumped off of their chairs, runing out, some of them in panic, others just because they wanted to know what just happened.

“Congratulations,” said the man at the bar without looking up from his glass. “Mr. Sonbon and his cronies are now unemployed.”

“Well,” said Don casually and not looking either. “At least they won’t sell any more snake oil at 25 Pounds per bottle, claiming that it prevents COVID-19.”

This had become a real problem. The corona pandemic was rampant in the country. And unscrupulous crooks wanted to make money from people who were just afraid and believed everything. Even when they had to buy useless flower water for 25 Pounds a bottle.

“Don’t go back to your hotel,” said the man. “It’s no longer safe. We don’t know what the other side will do.”

“I won’t,” Don replied. “I have this other affair. I’ll take a look at how my standing is.”

Shortly after that Don entered a small room just above the “Raven and Ratt Inn”. The blonde singer was waiting for him. Immediately after he entered they kissed. It was one of these affairs that agents from the UNION BUREAU OF INVESTIGATION have from time to time. But something felt strange. James opened his eyes realising that the woman was staring at a point right behind him.

He reacted quickly. He grabed her and turned around, just at the right moment. A bad crook had sneaked up from behind. He had a stick in his hand that he wanted to use to knock Don down. After Don turned and the woman was standing in front of him, the blow hit her. She fell to the floor. Don struck and hit the man. He stumbled back against a wall where there was a dressing table. Perfume bottles broke. The man wanted to draw a gun, but Don was faster. He reached into his pocket and pulled out a lighter. With a push of a button a small torch came on. Don threw it towards the man. The lighter fell on the dressing table and with a deflagration the perfume that had spread caught fire. The man’s arm was covered in flames.

The man screamed and tried desperately to put out the flames that had now reached his shirt sleeve. The woman groaned and slowly tried to sit up. Don shrugged, then went to the door. There he turned again and looked at the chaos in the room.
“Disgusting,” he said. “Simply disgusting.”

When he got outside, Don took his communicator out of his pocket. He activated it and put it on the secret frequency of the new department of the UNION BUREAU OF INVESTIGATION – Bureau 07.
“Agent YY3 here,” he said. “Order done. You can tell the boss that the new department has proven its worth. And send greetings to the quartermaster. The lighter just saved me. I’ll get out of here first. If you were kind enough to let the fire department know They should come to the ‘Raven and Ratt Inn’. Room fire, one person injured. Um … no, wait, two people. I’ll be back. “
He deactivated the communicator. Yes, BUREAU 07 had really proven itself, and that on the very first day. Don B. James continued down the street while thick smoke came from the top floor of the “Raven and Ratt Inn” behind him.

The new department of the UNION BUREAU OF INVESTIGATION has opened… it’s the BUREAU 07. All Secret Service work will be done there. Take a close look at the files – For Your Eyes Only. The file opens here: CLICK! And these are the latest entries from that department: