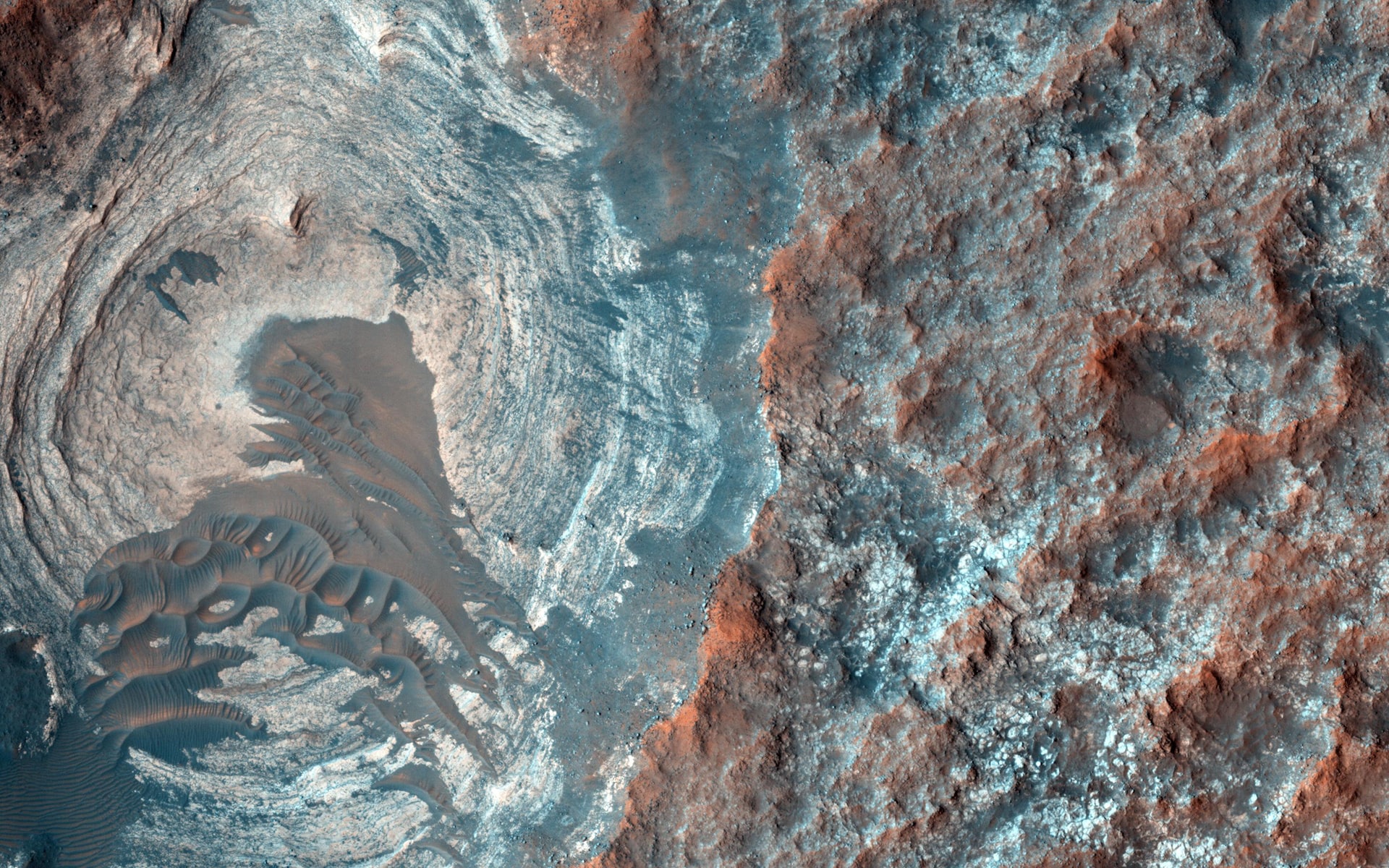 Jarmo Dorak was a young man in his twenties. To be exact, he was 29, but he looked younger. And although he was rather young, he was the chosen one to open up this new section of STAR COMMAND. The new section was named STAR COMMAND CLUB. Let’s start with that. And at the beginning of this report, Jarmo Dorak is in a shuttle that was launched from the ENDEAVOR spacecraft to fly to the surface of Mars. Actually, the new department should just be founded. The CLUB, which should spread knowledge and understanding among the peoples of the solar system. Especially on earth. And the CLUB should look for new recruits.
The departments at STAR COMMAND headquarters had agreed. And also the branches on the different planets of the solar system. However, one has to say that the Martians were somewhat peculiar. Since the last conflict, they had returned to their religious roots and paid much attention to ceremonies. Ceremonies were important. And they insisted that a ceremony be held at the Pyra Oracle on Mars.
“Where exactly are we going?” Dorak asked the pilot.
“Does the ‘Valley Without Hope’ sound familiar?” Asked the pilot back.
“Not that I know.”
“Today it’s called the ‘Valley of Liberation’. From here the resistance that brought down the last Mars dictator was started. There are a few caves there.”
“The caves also have a special name, am I right?”
The pilot laughed. “Of course they have a special name,” he said. “They’re called the ‘Blue Sorceress’ Caverns’. The Blue Sorceress reportedly destroyed the Kagnaszax jewels there, robbing the Mars dictator of a valuable source of power.”
“I don’t understand it anymore,” admitted Jarmo. “‘Valley Without Hope’, ‘Valley Of Liberation’, Blue Sorceress And Now Jewels? Jewels Of Ka .. What?”
“Kagnaszax,” repeated the pilot. “There is a large library in the capital, Aresium, where you can read all of it. It’s actually quite interesting. But you should get ready now.”
“Get ready?”
“The spacesuit. We have to go out into the atmosphere of Mars. You should put it on, there’s just enough time.”

The sight was overwhelming. A large pyramid towered over the valley. There was something in front of this pyramid that reminded of the Gize Sphinx. Jarmo remembered reading something. Originally there was a large stone block above the entrance to the caves. After the fall of the Mars dictator, the rock was redesigned. The resemblance to the Sphinx was not accidental.
Dorak and the pilot had just got out of the shuttle when a Martian in space suit came up to them. Jarmo activated the communication unit of his suit.
“Greetings to you!” He heard the Martian’s voice over the radio. He spoke in Galstan. His voice was a little high, but he had no accent. “I assume that you are Jarmo Dorak from STAR COMMAND?”
“I am,” Jarmo confirmed. “And who are you?”
“A humble servant of the oracle of Pyra,” said the other. “Call me Hellgge.”

At that moment there was a flash of lightning in the sky. Jarmo looked up and was amazed. A shuttle had started in the distance. An old transport shuttle that was supposed to bring material into orbit, maybe a satellite. It was an outstanding spectacle.
“Yes,” said Hellgge the Martian. “Always fascinating. But we don’t have much time. If you would follow me now?”

Hellgge brought Jarmo down into the valley. Between the paws of the sphinx was the entrance to the caves. After the atmosphere of Mars became thinner and thinner, the entrance had been fitted with a pressure door. The Terran and the Martian entered an airlock. After the air pressure was equalized, both were able to take off their spacesuits and put them aside. Then the inner door of the airlock opened. Now they were finally able to enter the oracle’s cave.
“Everything visible has to go beyond itself and enter the area of ​​the invisible,” said Hellgge. It sounded like a mantra. Or a prayer.
“May the forces of forty-two be with you,” answered someone from the back of the cave.
Jarmo had trouble recognizing something. There had been a lot of light in the airlock, but the cave itself was lit only by a few lamps. Then he recognized another Martian wearing a wide robe. He seemed like a priest.
“Is that our guest?” Asked the priest.
“This is Jarmo Dorak from STAR COMMAND,” said Hellgge.
“Greetings to you, Jarmo Dorak from STAR COMMAND,” said the priest. “I am Tornagg, ordained high level priest and protector of the oracle of Pyra. The Council of Elders sends you to us, right?”
“Uh, yes,” said Jarmo carefully. “We want to create a new STAR COMMAND division and the Council of Elders wishes the oracle’s blessing.”
Tornagg laughed. “The blessing of the oracle?” He said then. “Know, stranger, that no one receives the blessing of the oracle! This ceremony is about something else.”
“Forgive my ignorance,” Dorak apologized. “But the records of this ceremony are somewhat incomplete.”
“It doesn’t matter,” said Tornagg. “The ceremony is not for reading. It has to be experienced.”

The priest pointed to a niche in the wall. The niche was lined with what appeared to be glittering blue dust.
“At this place, the Blue Sorceress destroyed the jewels of Kagnaszax and liberated my people. But the magic of the jewels is still working. Stand in front of the niche.”
Jarmo did as ordered. “Now look!”
Tornagg threw a small crystal into the niche. In that moment…

…then it was over. Jarmo Dorak felt strange. It seemed that no time had passed while simultaneously he had the impression that a lot of time had passed. He checked his pocket computer. Half an hour. But he could not remember details. Just… something… feelings. And a message.

“You remember what the oracle said to you?”, Tornagg asked from behind.

“Well, then you may go on with your life”, the priest replied. “May the Force of Somebody be with you on your task. Now STAR COMMAND CLUB will always be welcome here on Mars. Remember that!”

Jarmo walked a few steps. The message from the oracle became clearer in his head.

FIND THE WIND HARP AND YOU WILL FIND THE CUBE OF KNOWLEDGE.

But why should I find this cube?, he thought, and suddenly the answer to his question appeared in his mind: BECAUSE YOU WILL NEED IT. GO FIND IT!

Jarmo was shocked. The oracle was still talking to him! Now he remembered pictures of strange places. Somethin like… a way… to the Wind Harp? Who knew?

He decided to make a report. After all, Katerina was waiting for his message. He decided to take care of the Wind Harp later…

2 Replies to “New Worlds to Conquer!”